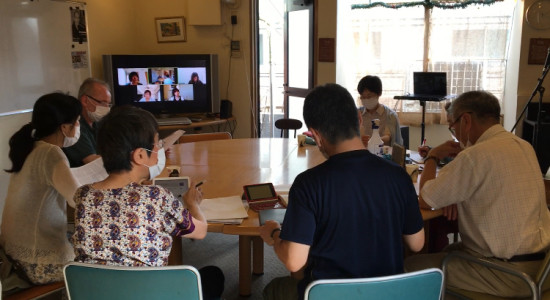 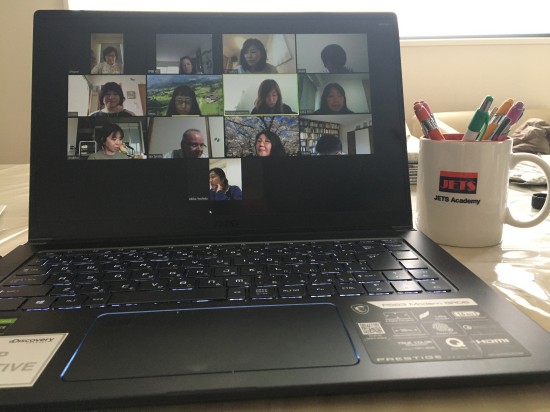 SONYEV
Why Sony has developed an electric vehicle
The annual CES exhibition held in early January in Las Vegas, the world’s largest IT trade show, showcased the latest technologies from artificial intelligence to drones. But what attracted the visitors’ attention the most was Sony Corp.’s Vision-S electric vehicle equipped with self-driving technology. The release of the prototype vehicle caught not just the consumer electronics industry by surprise but automakers across the world. As he unveiled the first car ever built by the Japanese electronics giant, Sony President and CEO Kenichiro Yoshida proclaimed that the company made the vehicle in collaboration with various partners — as if to emphasize its technological prowess.
Sony’s strong financial performance in recent years — its consolidated operating profit for the year to March 2019 set new highs for the second year in a row — has been accompanied by disappointment that the firm still lacks its earlier strength in creativity. The new project may be a sign of Sony’s true comeback.
Development and production of the prototype vehicle was put in the hands of the team in charge of Sony’s Aibo robot dog, which left a small group in Europe for 20 months that secretly proceeded with the project. The vehicle is designed for Level 2 autonomous driving, in which the vehicle can change lanes without human steering input, or higher. A large LCD screen is installed in front of the driver’s seat that features a navigation system and can show movies as well. The interior is also equipped with a 360-degree audio system that was developed for the home audio market, and its high-quality audio-visual features are indeed worthy of the Sony brand.
In fact, Sony’s intention to enter the automobile market was expressed at the CES by Yoshida’s predecessor, Kazuo Hirai. The initial plan was to supply Sony’s CMOS image sensor and other audio-visual technologies to automakers, but nobody expected that Sony would actually make a vehicle. Sony took charge of the vehicle’s design and specifications, while production was commissioned to the Austrian subsidiary of major Canadian auto parts supplier Magna International. Yasufumi Ogawa, an engineering manager in Sony’s AI robotics business group who is in charge of developing the vehicle, says that the company decided on the project because as his team collaborated with automakers they realized that the fastest way for Sony to supply high quality technology for automobiles was to build a vehicle on its own.
Other collaborators in the project included German auto parts giants Bosch and Continental as well as Canada’s BlackBerry, which developed the automotive operating system QNX. But that was not the sole reason that Yoshida went ahead with the costly project. He says its key purpose was to retain excellent engineering at Sony. With the rise of IT giants in the United States such as GAFA (Google, Apple, Facebook and Amazon), young engineers are leaving major Japanese firms to take jobs in U.S. technology companies.
When Sony was struggling with poor performance in 2006, it terminated production of the first generation of the Aibo robot, which was released in 1999. That decision reportedly left many Sony engineers disappointed in the company. The morale of the engineers and other employees was reportedly boosted when Sony under Yoshida’s leadership revived Aibo. The electric vehicle project is a challenge aimed at going further in that direction.
Although Yoshida does not come from an engineering background, he says he had wanted to try making “something that moves” ever since he returned from a subsidiary to Sony and became its chief financial officer. In the days when Japanese consumer electronics makers swept global markets, their competitiveness was backed up by their technological strength in both machinery and electronics — then called mechatronics. Since GAFA’s strength lies in software and services, Sony apparently sought to set itself apart by making “moving” products. That’s why the Aibo team was tapped to take charge of Sony’s vehicle development.
Sony’s advance into the auto business also proves that in the age of electric vehicles anybody can build cars as long as the basic electronic parts and components can be procured. That is similar to how emerging venture firms were able to produce TVs when LCDs replaced cathode-ray tubes. Once technologies like next-generation 5G communication networks and 3-D printers become widespread, the auto industry landscape will be radically different from the days of gasoline engines.
Sony’s electric vehicle project marks an advance into a new field for the electronics giant, but for automakers it means the onset of heightened competition with a new player in the industry. At the CES show, the Byton electric vehicle venture — which is often called the Chinese Tesla — announced its entry to the European and North American markets. Byton is also involved in 5G techn and autonomous driving.
Once these emerging makers occupy a growing presence in the automobile market, the readiness of existing automakers to respond to new mobility innovations will be put to test. Toyota Motor Corp. President Akio Toyoda says that the automotive industry has entered a once- in-a-century period of major transformation. Sony’s vehicle project will indeed pose a great challenge for Japan’s automakers. The aggregate market value of Sony temporarily topped ¥10 trillion — for the first time in 20 years since the peak during the IT bubble days — after the turnaround in its performance and the announcement of the electric vehicle project.
Twenty years ago, Sony was deemed to be an internet firm. Today, interest is rising in Sony as a player in the fields of AI and the internet of things. The rise of Apple in the mobile music player business forced Sony out of that sector, and Sony is viewed today as an entertainment business company in Western countries. If it pursues its dedication to hardware and electronics as exhibited in the vehicle project, however, Sony will regain its consumer appeal and will be able to compete with GAFA.