Do You Make These Mistakes at Work?
How to stop shooting yourself in the foot
John P. Weiss

There were people in my law enforcement career who seemed determined to fail. Despite mentoring, instruction, gentle correction, and discipline, they consistently chose the low road.
What’s the low road? An appetite for excuses, blame, and underperformance. An aversion to personal responsibility.
“If you could kick the person in the pants responsible for most of your trouble, you wouldn’t sit for a month.”― Theodore Roosevelt
Not long after being promoted to the rank of police sergeant, I was sent to a supervisory school. There, among many subjects, I learned the art of performance appraisal. How to honestly evaluate subordinates and provide constructive, actionable feedback.
Most employees wanted to improve, and they were open to useful feedback. Some, unfortunately, resisted.
This was frustrating to me because I had taken the time to build rapport with them. I always pointed out their good qualities and successes at work. In short, I developed trust with them. Yet they refused to own their mistakes or change behavior.
Striving for mediocrity
I watched a fair number of bright and promising employees repeatedly shoot themselves in the foot, thereby killing their prospects for broader career development and promotion.
“No one gets ahead by striving for mediocrity.”― Glenn C. Stewart
It was frustrating to see employees with great potential who succumbed to mediocrity and the path of least resistance. Sometimes they were lazy. Other times, they became invested in a perceived wrong. Whatever the reason, they consistently fell short.

There’s no judgment here, just disappointment that I was unable to help these employees. Heck, I’ve made some of the same mistakes in my career, but eventually changed course.
Here are some of the mistakes you want to avoid at work.
Inconsistency
You’ve probably heard or read the advice, “Underpromise and overdeliver.” Sounds reasonable, but according to research, it’s not very good advice.
People value others who deliver on their promises but don’t care that much if they over-deliver on their promises. An article in Eurekalert.com used the following example:
“If you are sending Mother’s Day flowers to your mom this weekend, chances are you opted for guaranteed delivery: the promise that they will arrive by a certain time. Should the flowers not arrive on time, you will likely feel betrayed by the sender for breaking their promise. But if they arrive earlier, you likely will be no happier than if they arrive on time, according to new research.”
I don’t see much harm in overdelivering on promises, but what’s most important is CONSISTENCY in meeting your promises. Employees who can be counted on to consistently follow through on assignments are golden.

In my career, there were always a handful of employees who became indispensable, go-to people because they consistently followed through on assignments.
Other employees sporadically achieved great things, but they were inconsistent. If you want to stand out at work and not shoot yourself in the foot, worry less about being an occasional superstar and focus more on consistently doing good work.
Emotional immaturity
I could write a book about this one. Emotionally immature employees take things personally, often play the martyr, and fail to take responsibility for their actions.
Such individuals cannot work around their feelings to achieve positive outcomes. They expend more energy resisting or fighting things they don’t want to do or disagree with, rather than getting their work done.
I recall one employee who worked very hard at finding loopholes in our minimum standards of performance. He often did the least work possible and blamed others for his low productivity. The effort he put into resisting work was far more than simply doing his job. Needless to say, he was eventually fired.
“Maturity: Be able to stick with a job until it is finished. Be able to bear an injustice without having to get even. Be able to carry money without spending it. Do your duty without being supervised.” -Ann Landers
Focus on doing an honest day’s work for a day’s pay. Don’t shoot yourself in the foot by letting your emotions get the best of you.
Negativity
There will always be things in life to complain about. No doubt, you know people in your work who grumble endlessly about everything. Ask yourself, how much fun are they to be around?

Better to be the little train that could than the negative one who quit.
Successful, well-adjusted people don’t waste energy on negativity. They work around setbacks and obstacles. They don’t quit. They focus on the goal, not the challenges.
“See if you can catch yourself complaining, in either speech or thought, about a situation you find yourself in, what other people do or say, your surroundings, your life situation, even the weather. To complain is always nonacceptance of what is. It invariably carries an unconscious negative charge. When you complain, you make yourself into a victim. When you speak out, you are in your power. So change the situation by taking action or by speaking out if necessary or possible; leave the situation or accept it. All else is madness.”
― Eckhart Tolle, “The Power of Now: A Guide to Spiritual Enlightenment”
Don’t be one of those negative souls at work, bringing everyone down. You’ll only shoot yourself in the foot. Optimism can be a force multiplier, whereas negativity can become a cancer at work.
Gossip
People love to talk about other people, especially when it’s negative. They’ll even do it via text messages.

I knew a young banker named Wayne who shared the following story. He was at work when his boss arrived, a bit late. Wayne received a text from a co-worker, speculating that their boss had “tied one on again,” the night before.
Wayne’s boss had a problem with alcohol, and everyone knew it. Wayne texted back to his co-worker, stating, “Yep, the boss is late for work again. I’ll bet she’s still drunk.”
Unfortunately for Wayne, he accidentally used a group text in his response. Not long after, his boss called Wayne into her office. Wayne was mortified. He felt terrible.
Wayne felt even worse when his boss apologized for being a poor example and admitted that she was struggling with her alcohol addiction.
“Great minds discuss ideas; average minds discuss events; small minds discuss people.” -Eleanor Roosevelt
Who are we to talk about others behind their backs? Do we think we are superior to them? Is it fair to judge, when we know little about their backgrounds, circumstances, and struggles?
If you want to shoot yourself in the foot at work, gossip about other people. It won’t take long before others and even your supervisor will figure out that you’re a gossip. And then they’ll think less of you.
Impatience
We live in an instant gratification world. As a result, we’ve become more impatient.
 

We can order food and have it immediately delivered to our home. With a few clicks and swipes on our phones, we can purchase goods and have them delivered, or hail a ride to take us anywhere we want.
Technology has made our lives easier and brought many conveniences. As a result, we forget that most things of value in life take time to achieve.
If you want an athletic body and six-pack abs, it’s not going to happen overnight. It will take many months of regular training and an improved diet.
If you want to make more money, you’ll have to invest time and energy in developing rare and valuable skills. That means furthering your education, practicing, and applying your new abilities in ways that get you noticed. All of which takes time and sacrifice.
“A certain amount of impatience may be useful to stimulate and motivate us to action. However, I believe that a lack of patience is a major cause of the difficulties and unhappiness in the world today.” -Joseph B. Wirthlin
Impatient employees shoot themselves in the foot because they’re not willing to put in the time and make the sacrifices necessary to grow. Developing patience within yourself will serve you well, in dealing with other people and learning new skills.
All we have is our character
There are many other mistakes you can make at work, like dishonesty, backstabbing, etc. In the end, all we have is our character. Our reputations hinge on our work ethic and how we treat others.
Don’t shoot yourself in the foot with inconsistency, emotional immaturity, negativity, gossip, and impatience.
Embracing hard work, decency, and virtue will take you far in the workplace, and other areas of your life. Best of all, you’ll become a role model for others, which is how we make the world a better place. 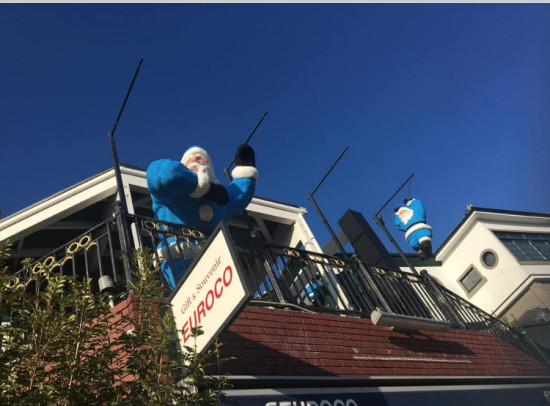 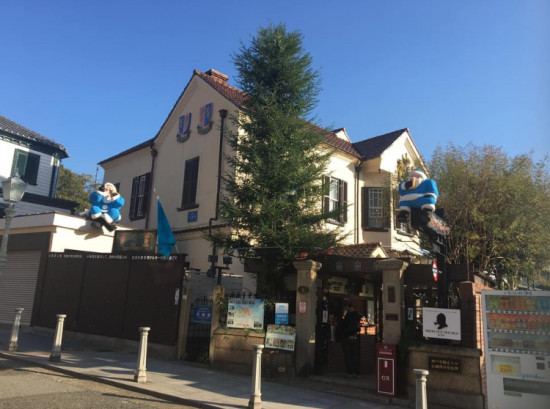 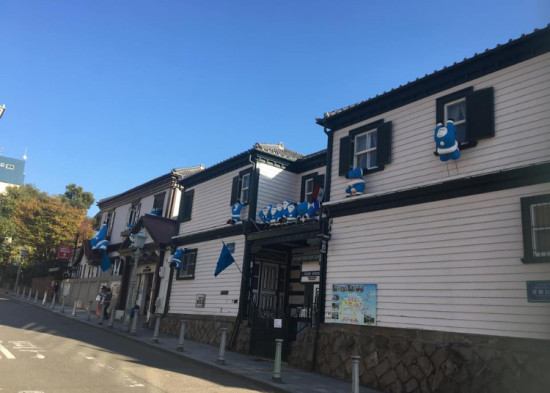 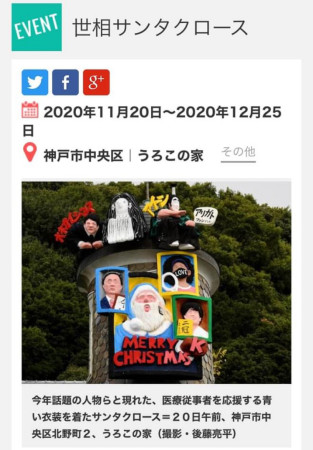 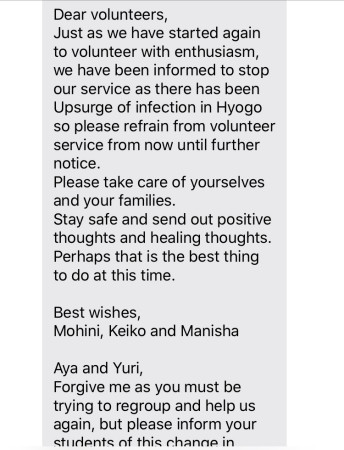